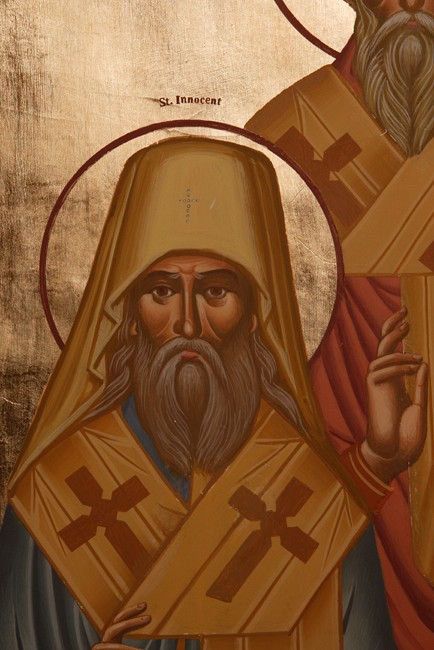 St. Innocent, Metropolitan of Moscow, was born in 1797. St. Innocent was orphaned at age 6. He became a canonized saint on October 6, 1977. St. Innocent, a remarkable preacher, proclaimed the Gospel in the Aleutian islands, in the six dialects of the local tribes on the island of Sitka and among the Tlingit and other tribes. He is referred to as the Apostle to America and Enlightener of Alaska. He organized schools in which 600 boys were taught to read and write and he built a hospital and an orphanage. He managed to overcome by his diligent efforts the problems of drinking and polygamy, which were before then widely practiced by the local people. He convinced the Holy Synod in Moscow to establish a permanent mission on the North American Continent and to headquarter the Church in San Francisco. He emphasized the need for the clergy to know English and to train priests from among local Americans to strengthen Orthodoxy on this continent. St. Innocent is commemorated on March 31.