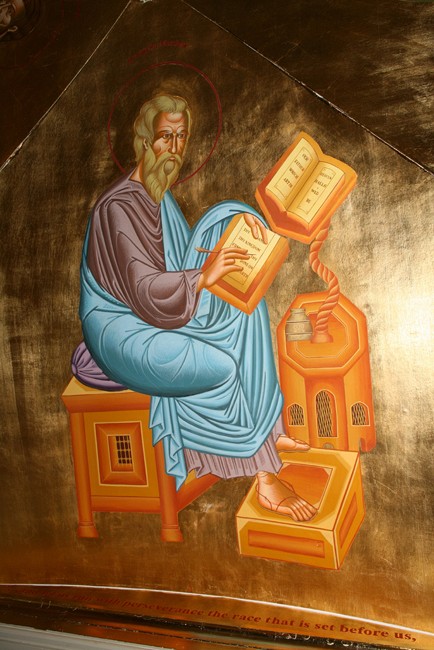 St. Matthew, one of the Twelve Apostles, lived in first century Palestine and wrote the Gospel of Matthew at the request of Jewish converts at Jerusalem. He was the brother of the Apostle James Alphaeus. St. Matthew was a publican or tax-collector for Rome. The Pharisees were disturbed when Christ accepted St. Matthew’s invitation to share table at his house with his publican friends. Matthew, acknowledging his sinfulness, repaid fourfold anyone he had cheated, and he distributed his remaining possessions to the poor, and followed Christ with the other apostles. St. Matthew preached the Gospel in faraway lands, including Syria, Persia, and Ethiopia. In Ethiopia he was ordered to be executed by fire, but the fire consumed instead the twelve idols the ruler had placed around him. The body of the holy apostle remained unharmed, and his soul departed to the Lord. After another miracle, the ruler became a priest and then patriarch of Ethiopia. St. Matthew is commemorated on November 16.