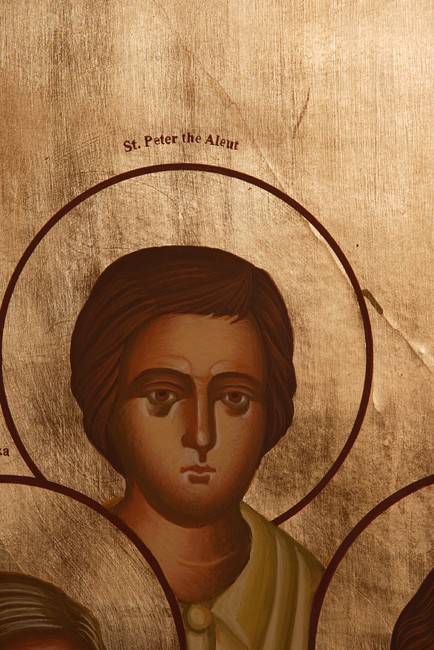 St. Peter the Aleut lived in early 1800s Alaska. In 1815, Spanish monks in California had imprisoned fourteen Aleuts, including St. Peter of Kodiak, and were forcing all of them to accept the Roman Catholic faith, saying they were heretics and schismatics. Then the monks cut off, first, various joints of St. Peter’s feet and hands, and then his entire feet and hands. The martyr endured all and firmly repeated one thing: “I am a Christian.” He died suffering, due to a loss of blood. The monks also promised to torture his comrade to death the next day. But that night an order was received from Monterey stating that the imprisoned Aleuts were to be released. When the schemamonk Sergius, who had heard the story from the Aleut who had escaped torture, told St. Herman of Alaska, St. Herman asked, “What was the name of the martyred Aleut?” Sergius answered, “Peter. I do not remember his family name.” St. Herman crossed himself and said, “Holy New Martyr Peter, pray to God for us!” St. Peter the Aleut is commemorated on September 24.